How to hack Roblox?

So you want to learn how to Hack Roblox in the right way and the most efficient way that you won’t get banned.

We’ll watch this video through to the end and I’ll show you everything that you need to know about synapse and about hacking on Roblox.

All right guys let’s get straight to the nuggets. Right now okay so if you want to learn how to hack  Roblox I only know one plug-in. I don’t know what to call it it’s you call it an executor so you need an executor and i know there’s many types of executors. But I know that there’s one that is one of the best and you probably heard about it it’s called synapse.

And I think it’s called synapse. The version 2.5.0 and what this allows you to do it allows you basically put in any script that you want. And you know not everything is going to work obviously because the actual script has to be really good you know.

It has to like decode it has to be really well done and if you want to have a good experience and a good type of like hack you’re gonna have to have a good script. Okay the executor is not the executor it’s literally the script if you can have a really powerful script that can literally just tear down the game that would be great now.

How do you say how do I even get scripts right how do I even find scripts you know because you might be searching up on Youtube and that’s probably not the most efficient way to do it. But yeah there is some free scripts that you can use sometimes. They’re not the best but sometimes they do work. But right now I want to show you a website that you can buy scripts for really cheap. And i don’t really buy them I only take the free ones.

We’re going to get right to it so this website is called robloxscripts.com. You can easily search this up and I’m also going to have a link in the description. But hear this out hear this out right now there are different types of games that you can use. And you can see when it was updated, when it got released, who it got released by, I guess and see different types of details. So right here it says new roblox.com forms out now certain discord is back this is the basically just the the front page of it and if we go to scripts just search up any game that you want for example.

If you want to it’s just search up any game so for example if you want a specific type so like owl hub or you want like jailbreak. You can search for  Jailbreak and it’s probably gonna pop up here. Yeah complete dumper hashes basically different types of things just look around this. You know I really don’t know a lot about this but you can search up the game that you want to hack. And it’s literally going to throw like a bunch of different things here and there’s different types of scripts that you can use.

There’s things where you can fly there’s different things that you can do anything with so this is basically for specifically for games that you would want to hack into. And I’m just testing this on a flat world right here I think it is Minecraft right now. But okay so I have these like imported you can import those so like you don’t have to keep pressing paste and all that thing all you need to do.

I think you need to go to options yeah so basically you click on save file and then go to like where where you download this. That downloaded the script so you’re going to make a doc file. I mean a like a note file do that and then click that put save.

And it’s going to be on the right side of here okay it’s going to be easily easily for you to access. All you need to do here is right click and press execute. You know right here you can see that it says not injected so first you need to inject this now. How do you do that you press attach and right now it’s injecting.

How to not get banned while hacking Roblox

If you wanted to you could if you want to fly and if you wanted to remove or like, unlock okay you can do this. This is what I learned unlock and unlock the whole thing and then if you get tools and then you copy this. It copies it and people don’t see this people can’t see this at all. Because Roblox added something new to the game that made it different that people can’t really see.

I forgot what it was called but I forgot. So you can do stuff like that so even if you don’t want to fly you could do this. So you could just like copy an object from the game and people are gonna see that you’re floating.

Okay so you can do let me just copy that. Let me just go on top of it right here and then just  on the fly and then basically people are just gonna see you floating here they’re gonna be like – what the hell? How is he doing? That right and you can just copy items so like that if you have any any ideas please tell me down below. Because I’ve done I played a lot with this in many different games.

Now the last part that I wanted to mention this this is I could go really deep into the synapse bro. But like it’s going to take literally a 40 minute video for me to explain everything about this synapse.

But I basically just explained the basics it’s 20 a month you only have to pay once synapse x and that’s it you get a license key and um it’s really useful and it’s really worth it. Because you’re going to keep it for a lifetime as long as you remember your email password and everything.

You got to make sure that you remember everything if you don’t then you’re not you can’t get it back so how do I get banned okay so I feel like people will if they see you they will report you there’s sometimes there’s people who are really really annoying and they will report you and sometimes the creators probably some of the admins can see you so you got to make sure that nobody’s seeing you at all.

Make sure you’re being slick about it. Being slick about it is basically meaning like  make sure that no one is really make sure you’re being like low-key about it okay you can’t let people like you can’t just fly. And just we’re just gonna report you man like you just keep doing that if you just keep doing you’re gonna lose your account. And there’s something it’s just common sense you know it’s just basically just some common sense.

You make sure that you’re playing the safe okay and just by executing all these scripts you won’t get banned. I don’t think you will get banned because of that no you won’t get banned. Only I think the only way that you could or couldn’t get mad if you get reported a bunch of different times and if someone sees you flying and there and they’re like almost like they kind of know like the the admins of the game they could literally just tell on you they could literally just say like okay this dude is hacking. I’m gonna report him, I’m reporting to the creator of this game. And then he’ll know that to just like on his game he’ll just like exit out that game.

For example one of my brothers he hacked murder mystery or something like that or like the mad murderer or whatever I forgot what it was called in and like someone saw him and he was connected to like the creator he was familiar with the creator he probably knew him in real life and he told him and told to give the username and then he put in his game file and then my brother can never join the game ever again. So you got to be careful about this if you really don’t want to like you know you got to make sure that you’re really careful. And yeah just do your own research guys thank you guys for watching this video I really appreciate you if you watched it all this far and thank you guys peace out guys. 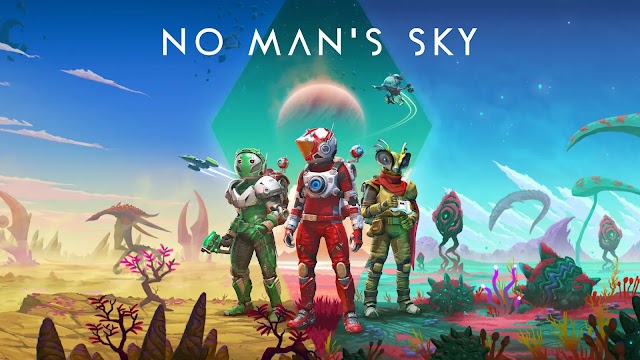